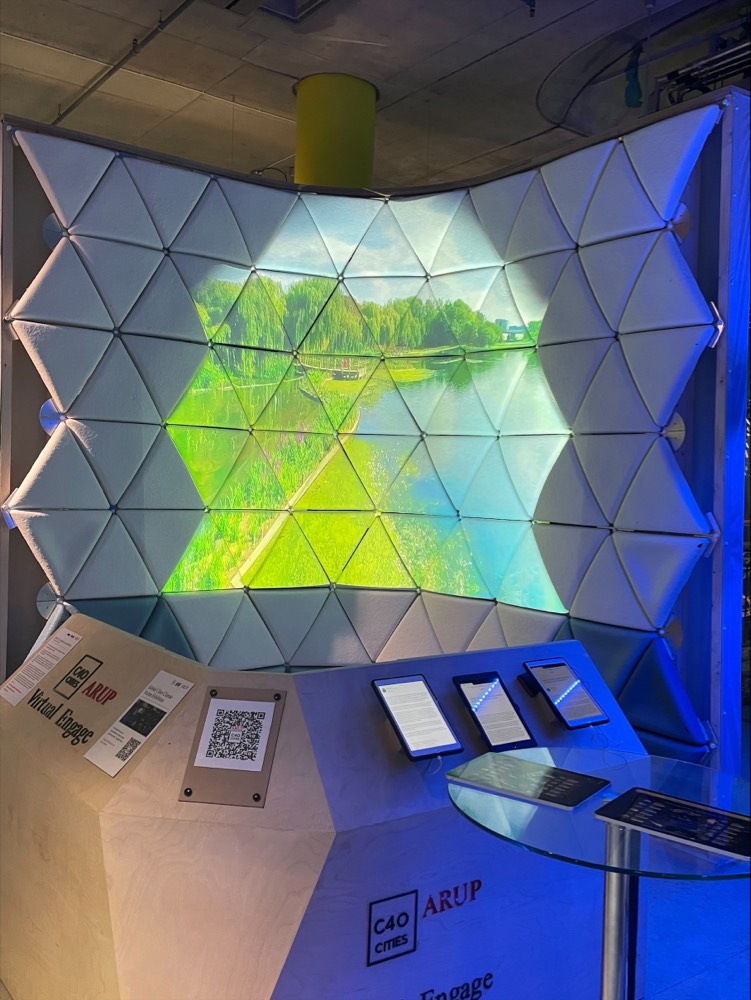 From 31 October to 13 November 2021, Mogu had the honor of being part of COP26 (UN Climate Change Conference) inside the Global Cities Climate Action Exhibition.

For the UN Climate Change Conference, C40, the global network of leading cities committed to addressing climate change, and Arup have brought together 11 global cities to show some of the world’s best examples of high-impact climate action at a city level. Located in COP26’s Green Zone, the Global Cities Climate Action Exhibition highlighted cities’ critical roles in reaching the ambitious targets being discussed by key international bodies and leaders at COP26. The full exhibition was also available virtually via an interactive digital platform.

Foresta System mycelium panels were used to create a curved wall on which a video-mapping project was carried out.

The Foresta System is the world’s first acoustic system combining the refined aesthetics of wood with the innovative character of mycelium materials.

This year, more than 190 world leaders, tens of thousands of negotiators, government representatives, businesses and citizens gathered at COP26 for a fortnight of intense negotiations aimed at adopting measures to contain and, if possible, reverse global warming and the resulting climate change.